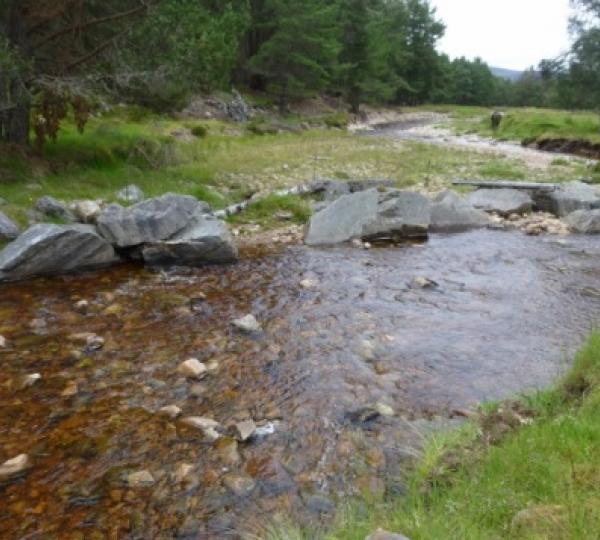 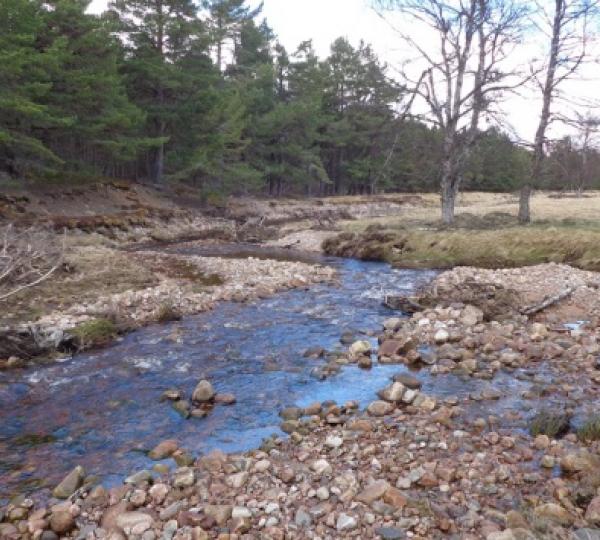 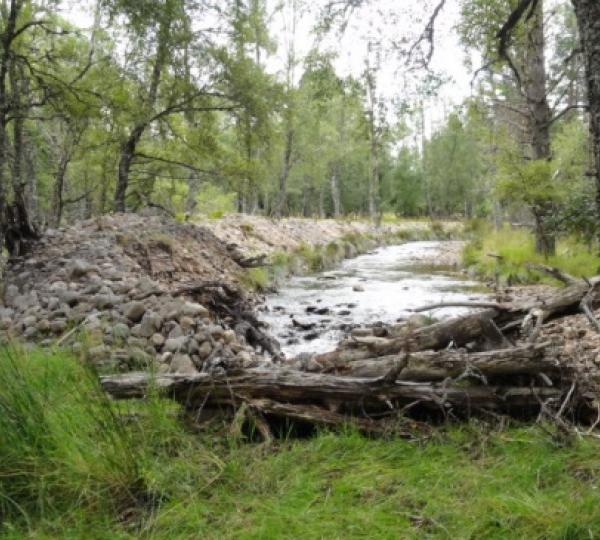 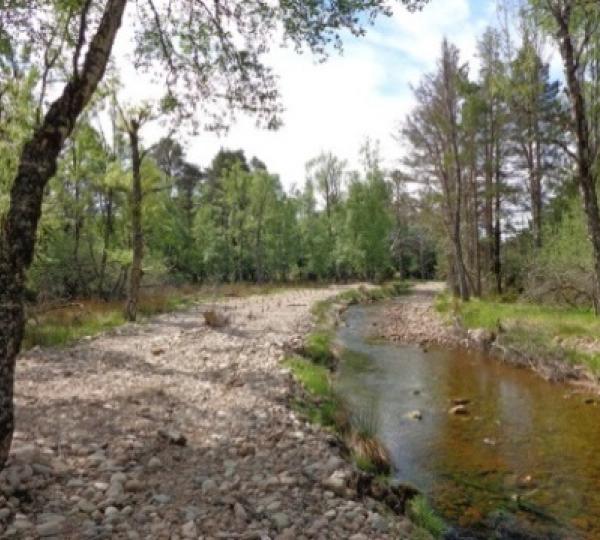 The River Spey has a catchment of 3,000km2  and a stream network length of about 36,500km. The main stem of the Spey is 170km long emerging from Loch Spey in the Monadhliath Mountains and flowing in a north-easterly direction to drain into the Moray Firth at Spey Bay.  The River Dulnain is one of the main tributaries of the Spey in the upper catchment, and the Allt Lorgy burn feeds into the Dulnain upstream of Carrbridge, just west of the A9.

The river exhibits a plane bed morphology at its upstream extent, transitioning to pool-riffle as the valley width increases with an increase in the frequency and extent of alluvial bar features. The channel bed is dominated by cobble and gravel sized material throughout with some limited occurrence of large wood in the channel.

The Spey Catchment Initiative (SCI), comprising 10 partner organisations, was launched in 2010 with the objectives of facilitating partnership working, raising awareness and understanding of the whole river system and engaging with communities and stakeholders in the catchment. The objectives are delivered through priority themes which include sustainable flood management, focusing on NFM opportunities and demonstrating NFM techniques, and improving riparian, riverine and wetland environments for multiple benefits.  The SCI employs a Project Officer to take forward works and has secured funding from external sources to enable projects to be realised.

The Allt Lorgy NFM restoration site was one of the first projects to be completed by the SCI. The work was carried out in 2012. The broad principles are now being applied at suitable sites within the wider Spey catchment. At many sites the primary purpose is habitat improvement, however, river restoration often includes additional positive benefits such as increasing water storage capacity or slowing the flow in the uplands which helps mitigate against flooding downstream.

The Allt Lorgy had been significantly altered in the 1980s to try to develop the floodplain for agriculture. These alterations had significantly impacted natural processes.  The aim at the Allt Lorgy restoration site was to restore the morphology, natural functioning and habitat of the river.  Rather than designing and implementing a specific channel con-figuration, it was decided to kick start natural processes and then allow the river to re-establish its own natural equilibrium. This was done by removing the artificial constraints that had been inhibiting natural processes and then introducing large woody bar and apex structures.

The specific works included: lowering of 5 artificial embankments (900m3 material removed); removal of culverts and blocking of drainage ditches and the planting of 5000 native tress. Additional wood structures were introduced in key locations and some of the extracted gravel was graded and stockpiled to be used for sediment reintroduction.

The benefits include the development of a more diverse ecological habitat and increased capacity to slow and store water in times of spate as the channel spills onto the floodplain.

In 2014, two years after the work was completed,  there was evidence that the natural processes of deposition and erosion were taking place and that there was much more variability of substrate in the channel. Subsequent photographic surveys have shown the continuing morphological restoration of the channel.  Three new meander bends have been initiated, and at several points significant lateral channel migration has been observed.  The in-stream structures and other modifications fared well in the 2015 Storm Frank spate and the establishing riparian woodland was not significantly damaged. The results of electrofishing surveys indicate a trend towards improvement in habitat for both salmon and trout fry.