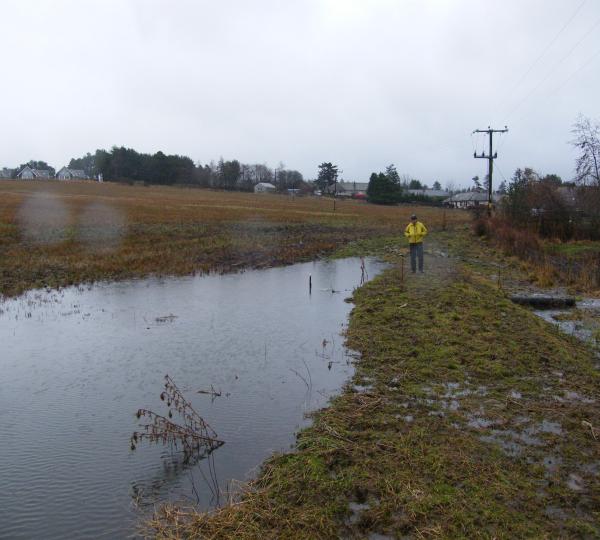 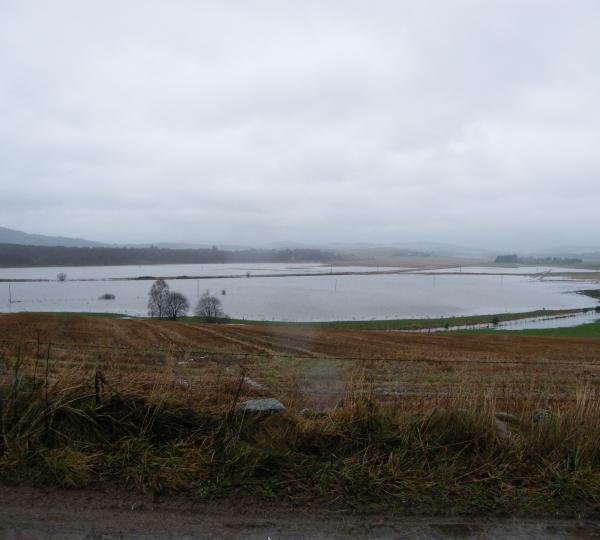 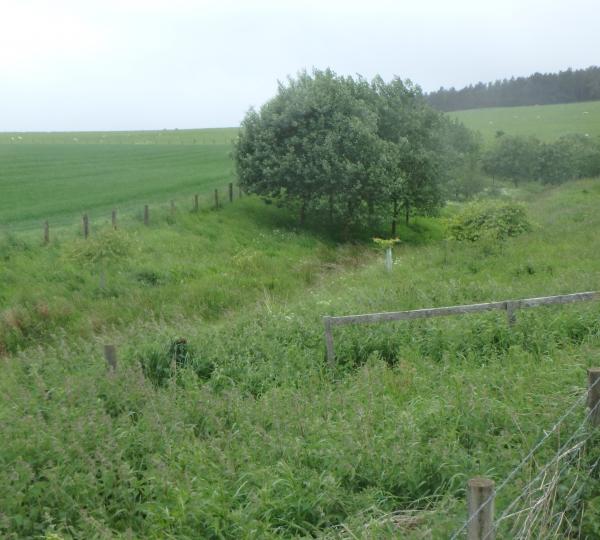 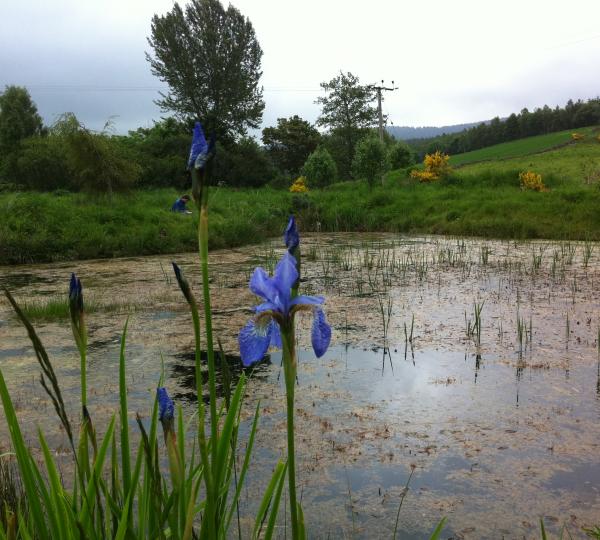 The Tarland Burn is a tributary of the River Dee (NE Scotland). Situated centrally in the Dee, it is the first tributary with intensive land use and first point of nutrient-impacted waters entering the oligotrophic main river. The 74km2 catchment has a south facing basin topography with some basic drift mineralogy. Rainfall is ~ 800 mm with long periods of winter snow.  The major land uses are arable (25%), plantation forestry (19%), improved and unimproved grassland (36% and 10% respectively), heather moorland (8%) and mixed/broadleaved woodland (2%).  Tarland and Aboyne are the two largest communities in the catchment and both have witnessed flooding in the past 15 years.

During the last 100 years there has been a changing approach to flood management, the legacy of which can be clearly seen in Tarland.  During the 1950s-late 1970s land drainage and flood defences were seen as the best options.  Historical maps and photographs show that the Tarland Burn and its tributaries have been extensively deepened and straightened to drain the surrounding floodplain and wetlands for agriculture. This approach then evolved during the eighties and nineties to focus more on engineering measures, and flood management techniques.  More recently the focus has become more on working with natural processes and the main policy driver now is the Flood Risk Management Act (Scotland) 2009 which suggests that Natural Flood Management (NFM) should be used where appropriate

Within the Tarland catchment there are historic problems with both flooding and water quality.  Since the year 2000 there have been many projects, carried out by local organisations designed to investigate and solve the problems of diffuse pollution and water management within the catchment.

Many of the measures in the landscape at Tarland were initiated or developed as part of the 3 Dee Vision project which ran from 2002-2006. This project was supported by European funding which was made available so that the overall objective of the Water Framework Directive, to bring about the effective co-ordination of water environment policy and regulation across Europe in order to comply with the goal of “good ecological status” by 2015, could be met.

The planting of buffer strips adjacent to tributaries of the Tarland Burn was accelerated from 2003 onwards through the 3Dee Vision project. The waste water treatment plant wetland area was created in 2005 and became fully operational in 2006 when effluent was discharged onto the wetland area rather than into the burn.  The primary aim of these interventions was to improve the water quality in the catchment by removing point and diffuse pollution sources. However, important added benefits are the amount of riparian planting which has the potential to stabilise banks and reduce sediment input, increase infiltration and when banks are over topped to deflect and slow water flow.

The Mill of Gellan wetland was created in 2005. The land area was handed over to the local authority to be used for flood prevention measures. The marshy site was re-profiled to allow the Tarland Burn to spill into the wetland area when in spate and to drain naturally as high water recedes. The wetland is 390m2 with storage capacity of 3000m3.

Extensive stakeholder consultation has identified that within the Tarland catchment some landowners and tenants would be prepared to consider NFM options such as the creation of temporary storage ponds or more wetlands if these could be shown to be effective. Models generated from empirical data and taking account of the prefered options of both the local community and loacl authorites (likely to contribute to planning, funding and maintenance) have shown that by using a networkof ponds the flood peak at Tarlnd Village and subsequent downstream flooding could be reduced. The modelling framework indicated that storage ponds ranging from 4,000 m3-5,000 m3 would be effective in reducing flood risk from smaller events and that a combination of small-scale storage measures would have the potential to collectively attenuate the flow and reduce the downstream flood risk.

The first overland flow disconnection bund was constructed in August 2013, located adjacent to the Viewfield community wetland. The purpose of the bund is to intercept and slow water as it flows over the land allowing extra time for water to infiltrate and so reduce the peak flow in the adjacent burn. The outflow from the bund passes through the Viewfield community wetland area (established 2005) which consists of three small ponds, before it eventually reaches the Tarland Burn (a treatment train approach). Further measures are currently being scoped out in the catchment.